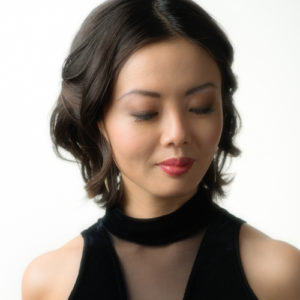 Dr. Vivian Fan coordinates collaborative pianists at the Colburn Conservatory of Music and has taught classes at the Conservatory of Music and Music Academy at the Colburn School. Prior to her position at Colburn, she served on the piano faculty at the Idyllwild Arts Academy. Dr. Fan has performed with conductors such as Jorge Mester, Jung Ho Pak, Mario Miragliotta, Sharon Lavery, Peter Askim, and Marc Riley. Past performances include appearances at the Los Angeles Philharmonic’s “Brahms Unbound” concert in 2011 at the Walt Disney Concert Hall and at New York’s Weill Hall with violist Matthew Cohen. She collaborated with esteemed violist Paul Coletti on Paul Chihara’s Sonata for Viola & Piano for an album released by Bridge Records in 2013. She was also featured on a collaboration album called “Bloch, Glinka, Bowen: Viola Works,” which was released by Soundset Recordings in 2015. She is currently working on an album of works for clarinet and piano scheduled to be released soon. Her solo and chamber performances have been broadcast on the KTLA and KNBC television networks, as well as on KUSC, WFMT, and Performance Today on APM radio stations.